Testing Your Game With Steam Link

Testing your game on a large screen or TV, with a controller, from your couch or similar, will help you get a whole new perspective. This, of course, assumes that that’s anything remotely approximating how one might play your game, but helpful none the less.

Once you’ve begun streaming from your PC, anything on the screen will be streamed to your TV. This makes it possible to switch away from something else you’re streaming and see any other application. It will support other controllers, but if you have a Steam Controller (and really, check it out because they’re awesome) you can engage the Steam Link by pressing the guide button.

Taking that a step further you can easily add your application to your steam library. That will make it show up in Big Picture mode and be able to run it on demand.

I’ve been targeting Itch.io as my primary distribution channel for the development of Saturn Cutting (keep an eye out for when I open up access to more than my small crack team of testers). Itch makes their own Steam-like application for managing your account and downloading games and apps that you have in your account. 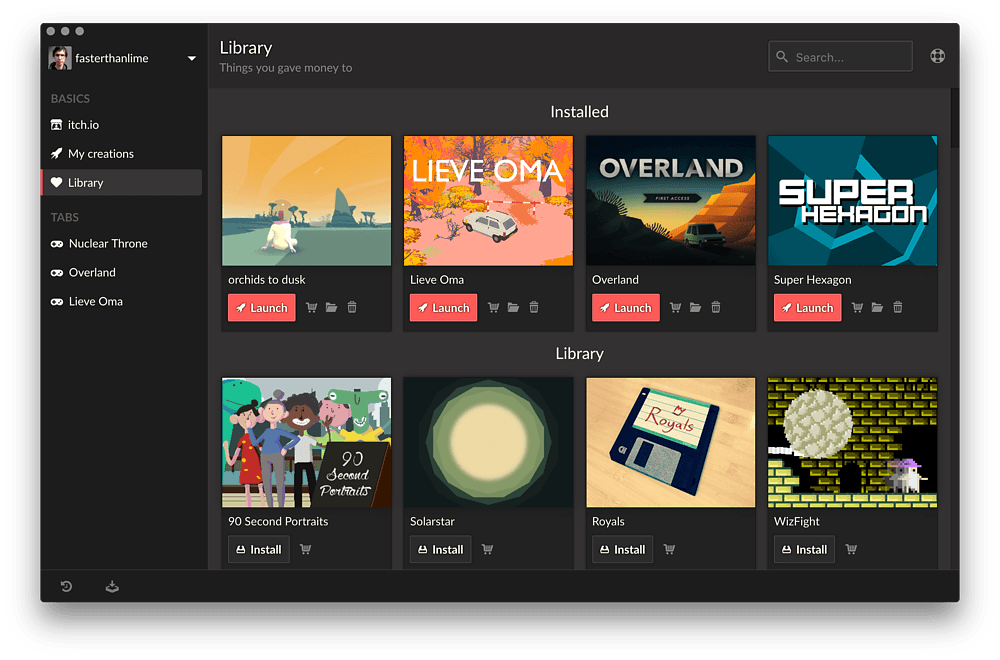 By adding your own game to your downloaded collection you can easily have the latest version on your machine(s) and add it to your Steam library.

You can now easily test your game in the same way that anyone else grabbing it from Itch.io is having and seeing all of the things that you didn’t realize were crappy looking when you saw them on a smaller screen.

Music producers (well, producers in the broadest sense) will listen to the music they’re mixing on a wide array of speakers. They’ll use very nice speakers to hear how things sound on the most accurate equipment, but they’ll also try it on crappy headphones, earbuds, etc.

In fact there’s a set of audio monitors that are actually quite expensive that almost everyone uses because they’re the right kind of shitty. Yamaha makes them, maybe? Whatever, it’s irrelevant aside from the fact that you should be doing the same with your game.

Play it on a laptop, with a terrible monitor, on the oldest machine you can find. It’s a constant balancing act. There’s no perfect situation. When most people still had CRT monitors, games and other applications were primarily tested against them to ensure that the majority of their users would have an experience in keeping with what was expected.

There is no other way to do this except testing and that is why, in case you were unaware, QA is so important (and why it’s so strange that it’s treated so shabbily so often).